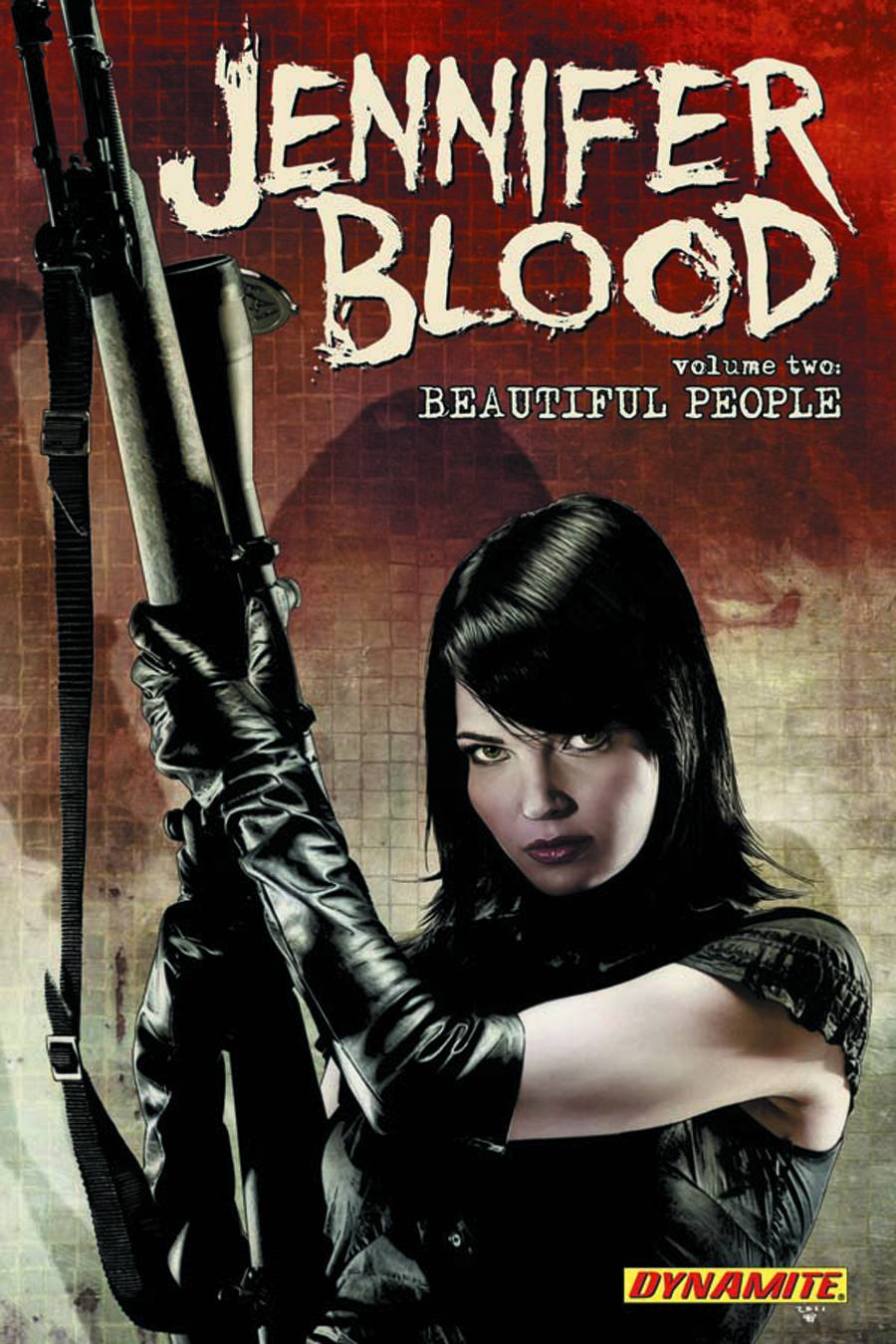 #
APR121024
(W) Al Ewing (A) Kewber Baal, Eman Casallos (CA) Tim Bradstreet
Picking up right where Garth Ennis' epic 6-issue run left off! Jen's bloody war against the Blutes is over and it's time for the cleanup phase of the operation. All's well that ends well?  In a word... no. Jen's enemies get a little too close, Jack gets a little too crazy, and it's all fun and games until someone loses an eye! How far is Jen really prepared to go to keep her revenge from wrecking her life, and what happens when the people she loves get in the way?

Collecting issues #7-12 of the ongoing series, Jennifer Blood, along with a cover gallery
featuring artwork by Tim Bradstreet and Ale Garza.

"If you dug on the messed-up first arc of Jennifer Blood, you should be very happy because the quality and insanity continues. Ewing comes on board and shows our titular heroine isn't just a one-trick pony. He doesn't try to replicate Ennis' run but instead builds gloriously up from it like an ambitious kid making a three story sandcastle with wi-fi and a car wash. The first arc was just the introduction, now we need to see Jennifer reap the blood she worked so hard to sew." - Comic Book Resources

"If you've been hesitant about continuing to pick up Jennifer Blood after Garth Ennis left the title, then set your worries aside, because Al Ewing is a brilliant replacement, and continues to provide more of the same bloody violence and dark humor that readers have come to love." - Newsarama
In Shops: Aug 08, 2012
SRP: $19.99
View All Items In This Series
ORDER WISH LIST