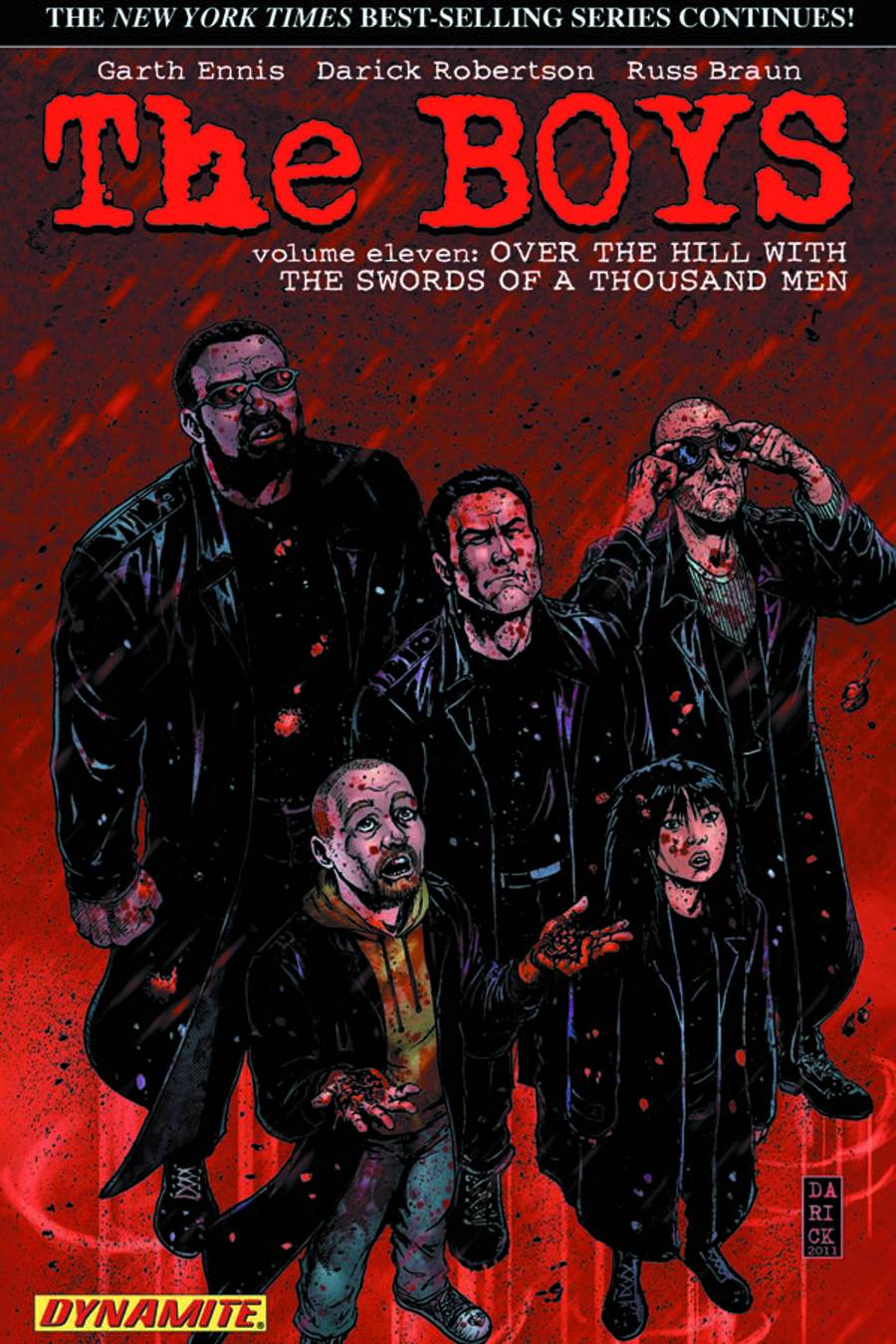 #
APR121021
(W) Garth Ennis (A) Russell Braun (CA) Darick Robertson
It's been a long time coming, but Billy Butcher's revenge on his wife's killer is about to be realized - if he can only get his hands on the bastard. The Boys prepare for one last terrible battle, as the Homelander finally bites the bullet and sets an army of superheroes against the forces of the United States military. Battle rages at the White House, Frenchie and the Female are unleashed, and Hughie faces his own terrors... while MM, patient to the last, races against time to uncover the greatest and most dreadful secret of Vought-American's superhero program. Butcher steps willingly into the jaws of death, alone and unafraid: but what he finds waiting for him is beyond even his darkest dreams. The Boys, Vol. 11: Over the Hill with the Swords of a Thousand Men collects issues 60-65 of the hit series The Boys by Garth Ennis, Russ Braun, John McCrea, Keith Burns and Darick Robertson, and features all of the covers by Darick Robertson!
In Shops: Jun 06, 2012
SRP: $19.99
View All Items In This Series
ORDER WISH LIST