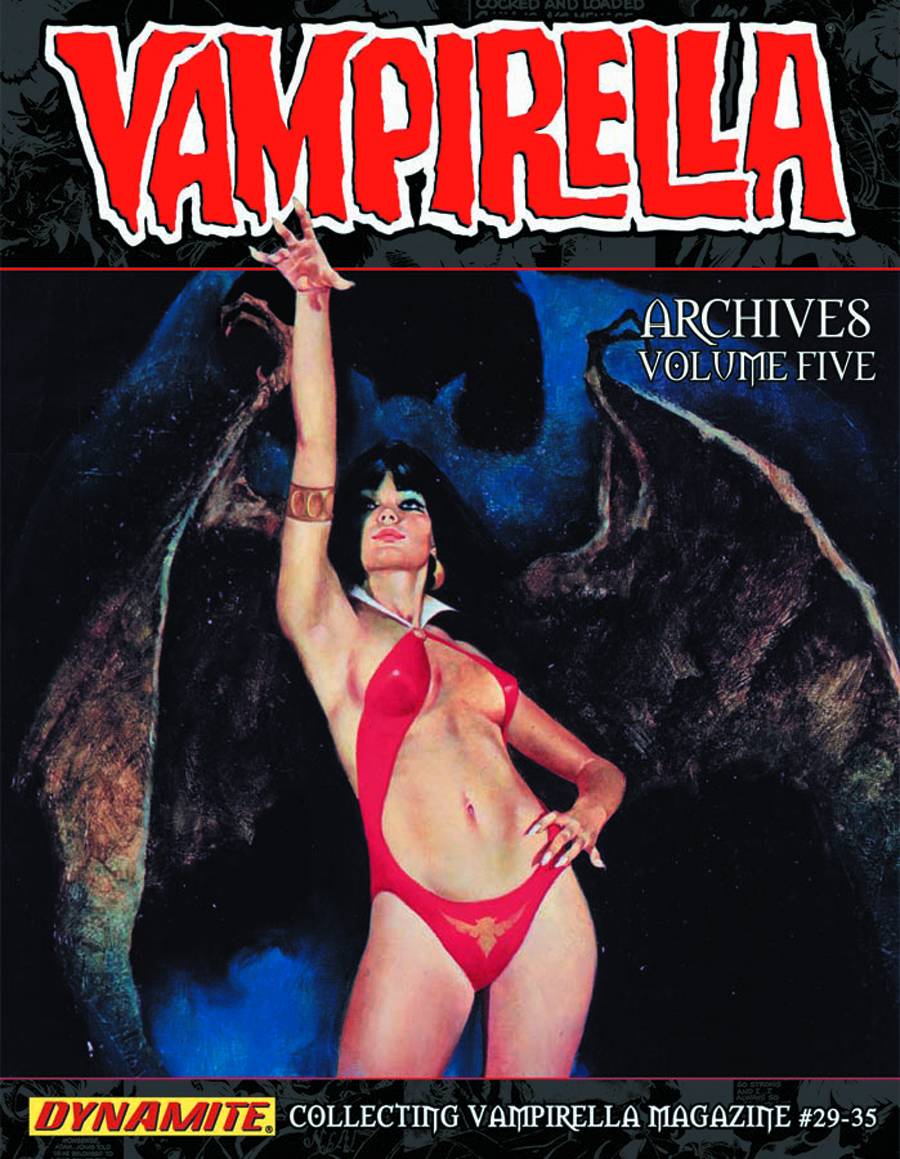 #
APR121012
(W) Doug Moench, Jeffrey Jones, Gerry Bordeau, Budd Lewis (A) Jose Gonzalez, Esteban Maroto, Jeffrey Jones, Ramon Torrents, Richard Corben, Auraleon (CA) Enrich
More gems from the Vampirella Magazine #29-35, which have been locked away in a vault for over 35 years, are continuing to be unearthed from Dynamite Entertainment! This volume collects more spine-tingling stories of unearthly femme fatales, mythical gods, and devilish demons. Vampirella, as always, headlines these tales as only Jose Gonzalez can render. She is joined by the magazine's second most popular creation, Pantha, as she debuts in her own solo tales by Steve Skeates and Auraleon. Bernie Wrightson's first pro work appears in a two-page tale called the "Believer," as well as Richard Corben's senses-shattering stories in full color, plus historical glimpses of the comic industry with probably the first appearance of Vampirella in physical form when two Vampirella's stun 5,500 at the 1973 Comic Art Convention. This 300+ page collection features contributions by other top industry talent including Doug Moench, Jeff Jones, Esteban Maroto, and Ramon Torrents.
In Shops: Jul 11, 2012
SRP: $49.99
View All Items In This Series
ORDER WISH LIST