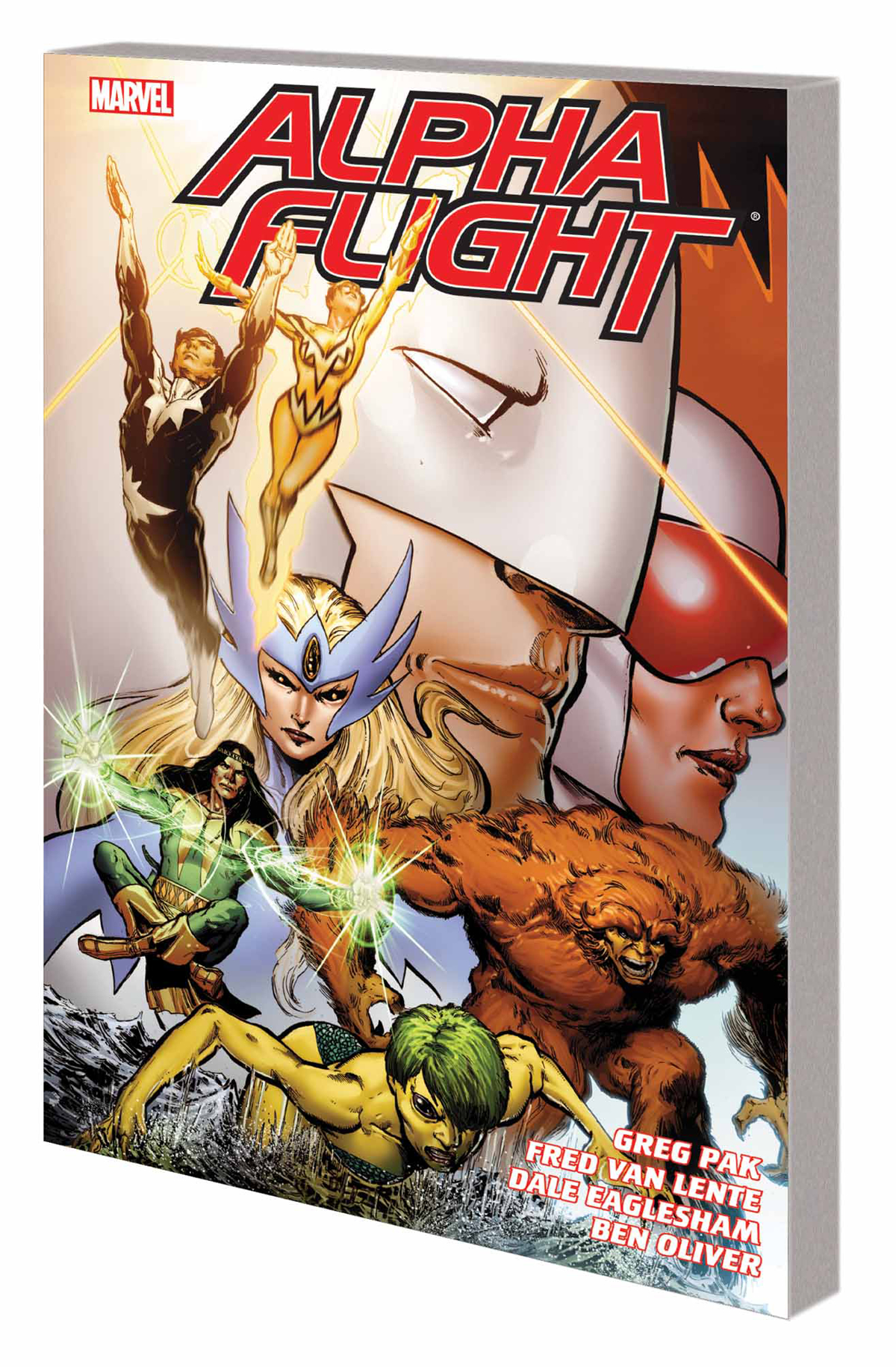 APR120719
(W) Greg Pak (A) Ben Oliver, Dale Eaglesham (CA) Phil Jimenez
Canada's premier super-team returns to action! The original Alpha Flight reunites to face a threat unlike any other, as the impact of FEAR ITSELF is felt in Canada! Resurrected from the dead, Guardian, Vindicator, Shaman and Marrina rejoin Sasquatch, Snowbird, Northstar and Aurora in defense of the Great White North. But the Canada they return to looks a lot different than the one they left as a new political regime rises to power and brands Alpha Flight traitors! Betrayed from within, Canada's champions are hunted by the government as they battle to release their fellow citizens from the grip of fear and win back the True North, strong and free! Collecting ALPHA FLIGHT (2011) #0.1 and #1-4.