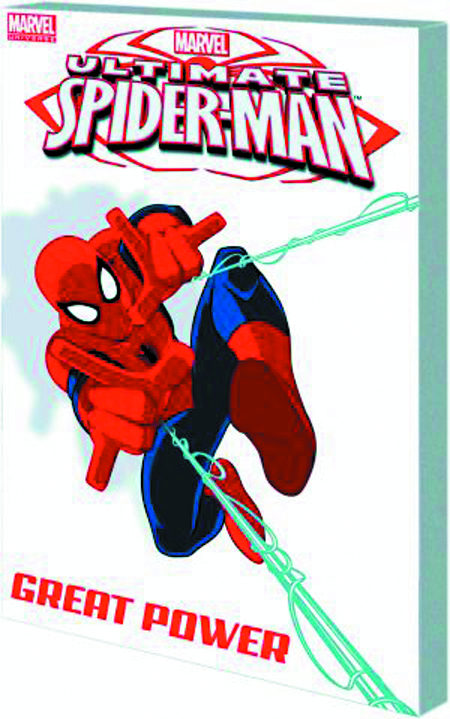 APR120717
(W) Chris Eliopoulos (A) Various (CA) TBD
Peter Parker has been Spider-Man for one year. He's fought villains and saved lives, but still has much to learn about being a super hero. Nick Fury is going to give Peter the chance to go to the next level. To train to become a real super hero. To be the Ultimate Spider-Man. These are action-packed, high-adrenaline and humorous Spidey stories: S.H.I.E.L.D. missions, high adventure in the greater Marvel Universe and teen high-school drama. Adapted directly from the early episodes of the Ultimate Spider-Man animated series, this new digest is packed with art taken directly from the show!