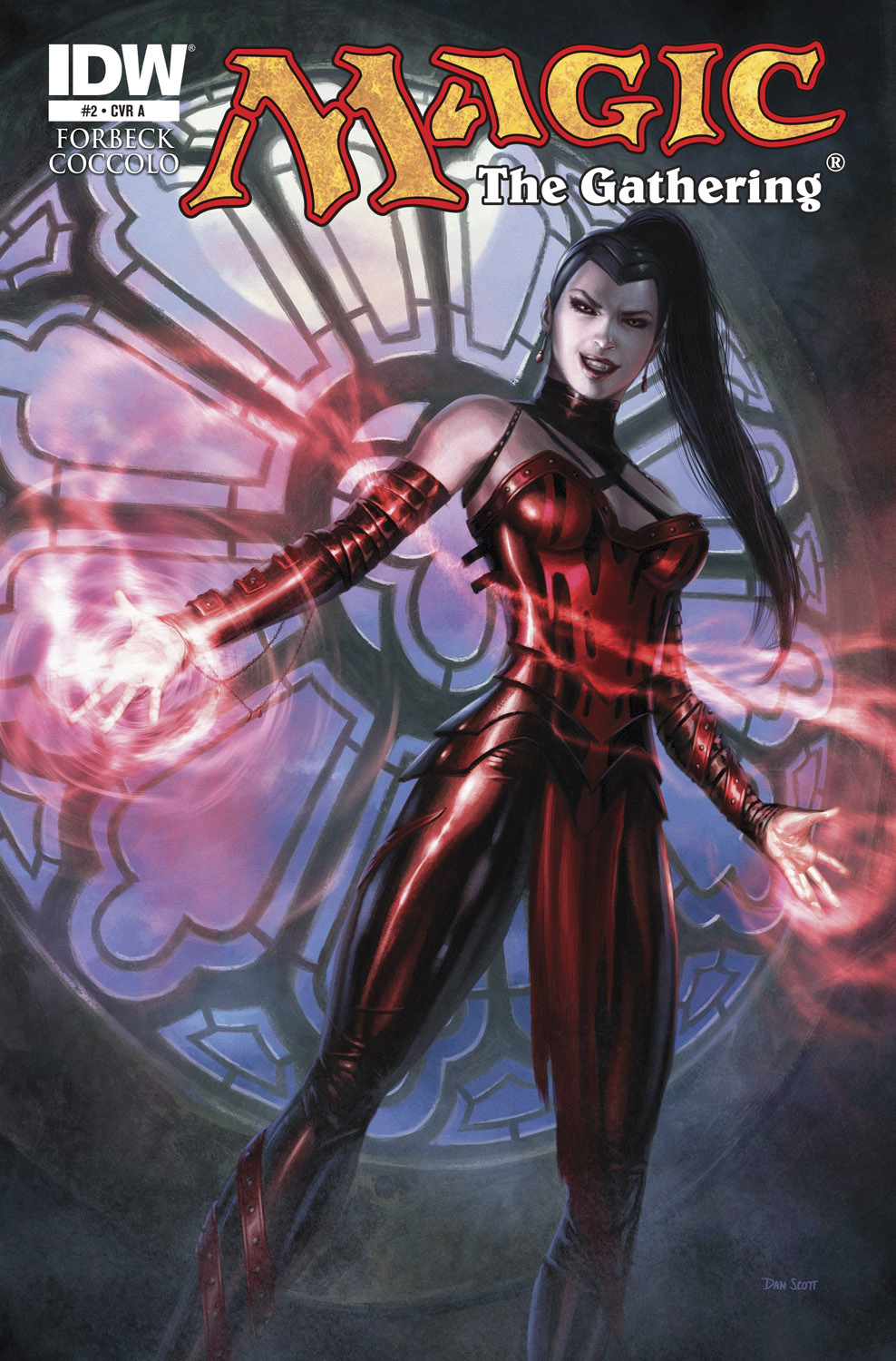 Dack Fayden barely escapes the Collector's prison... and now finds himself back on his home plane of Fiora. Forced to confront the destruction of his hometown, Dack relives the painful memories as he seeks clues that will lead him back on the trail of the malevolent Sifa Grent. Dack must find the strength within himself to carry on or his burden of guilt may prove too overwhelming for the Planeswalker thief. Special playable MAGIC: THE GATHERING card polybagged in this issue!