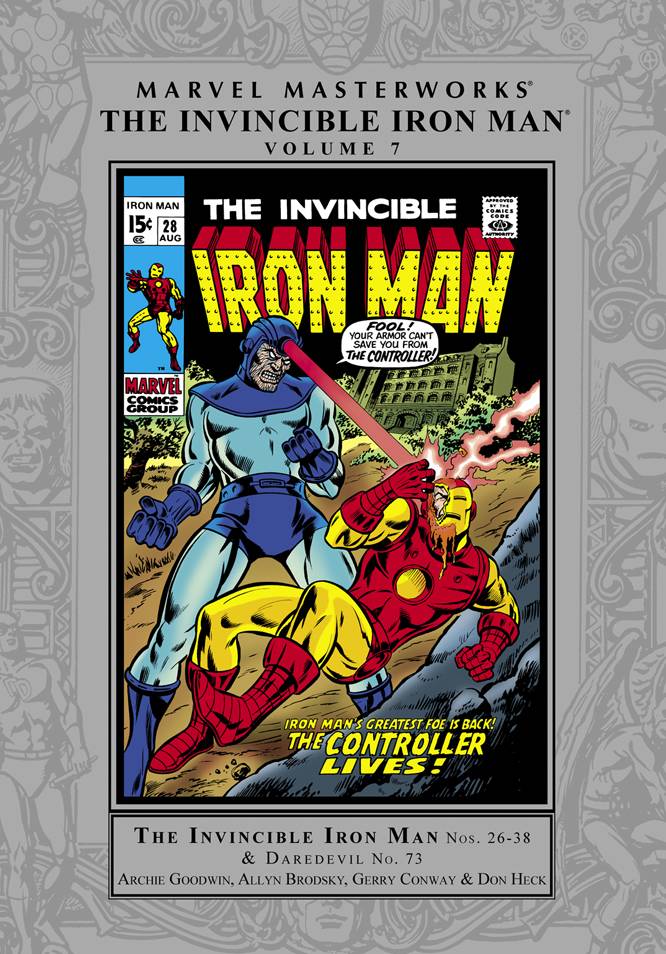 APR110675
(W) Various (A) Various (CA) Marie Severin
Written by ARCHIE GOODWIN, GERRY CONWAY, MIMI GOLD & ALLYN BRODSKY
Penciled by DON HECK with GEORGE TUSKA & GENE COLAN
Cover by MARIE SEVERIN
Iron Man's original artist, Don Heck, returns for another dose of Armored Avenger action! And what adventures he'll take you on - starting with a trip to the Dark Dimension courtesy of the Collector, followed by the villainy of the politically charged '70s stalwart Firebrand and a face-off with the Controller in a story also featuring the first appearance of Tony Stark's father, inventor Howard Stark! Revolution in Latin America, massive monsters and a mechanical visitor from outer space keep ol' Shellhead on his toes and you turning pages. But when the Spy-Master assembles an elite team with one objective - to destroy Stark Industries - the pieces for an Iron Man crossover classic come together. Only with the combined forces of Nick Fury, Daredevil and Madame Masque will our hero have a chance of overturning the Spy-Master and the power of the Zodiac Key. It's an adventure as only Marvel can make 'em! With the first appearance of Kevin O'Brien - a figure who will loom large in future - and the introduction, of course, of a lovely new lady in Tony Stark's life, it's Iron Man just as you like it. So reserve your copy today! Collecting IRON MAN #26-38 and DAREDEVIL #73.
288 PGS/All Ages