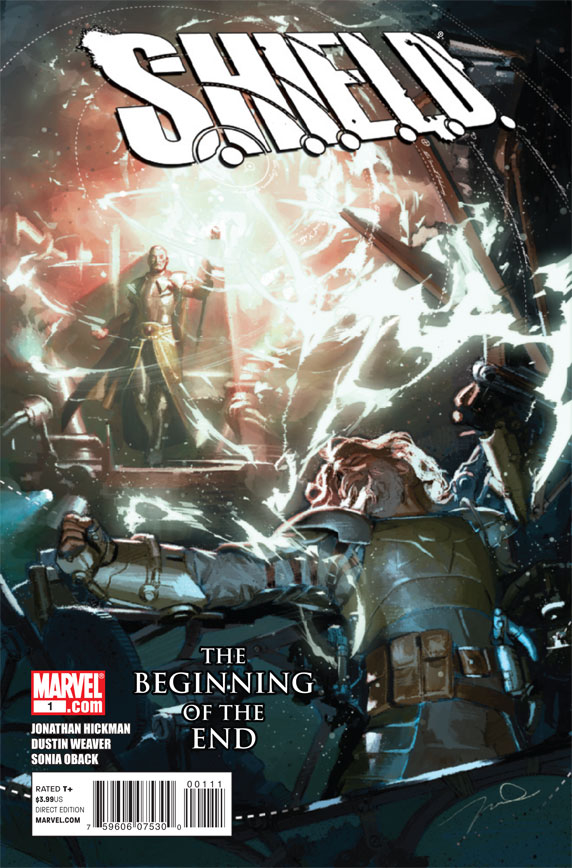 APR110626
(W) Jonathan Hickman (A) Dustin Weaver (CA) Gerald Parel
Written by JONATHAN HICKMAN
Penciled by DUSTIN WEAVER
Cover by GERALD PAREL
Historical Variant Cover by
DUSTIN WEAVER
The most acclaimed book of 2010 is back in 2011! The second volume of S.H.I.E.L.D. has arrived and Jonathan Hickman (FANTASTIC FOUR) and Dustin Weaver (X-MEN) are making the second volume of S.H.I.E.L.D. even better than the first! In this issue, the secret history of Michelangelo. He has been pulling the strings for years and is now becoming the prime mover. Can he keep Da Vinci and Newton from killing each other and destroying the Brotherhood of the Shield? Don't miss this new start of the book that everyone is talking about!
40 PGS./Rated T+