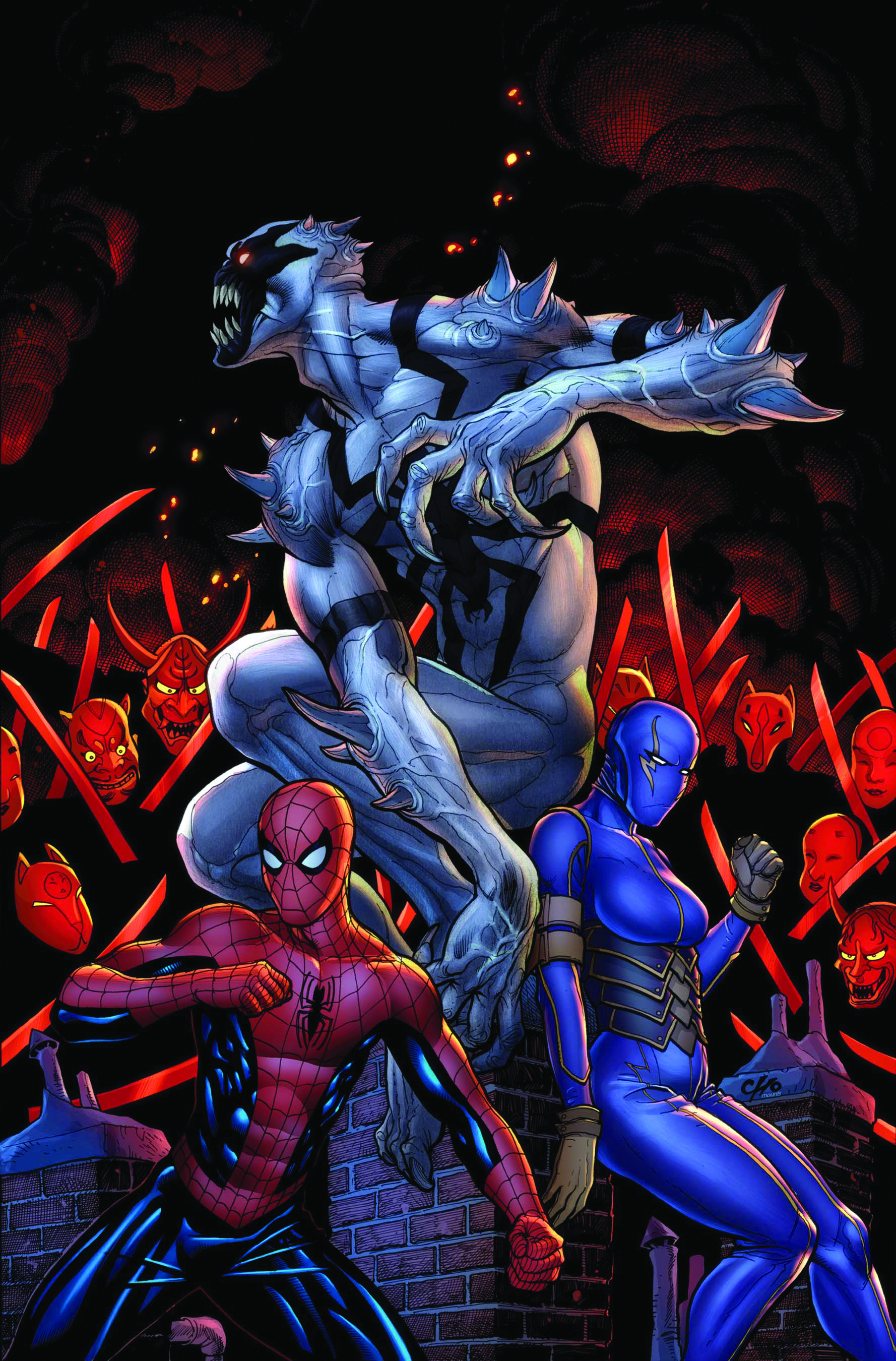 APR110597
(W) Christos N. Gage, Dan Slott (A) Reilly Brown (CA) Ed McGuinness
Written by DAN SLOTT
Penciled by GIUSEPPE CAMUNCOLI
Cover by FRANK CHO
"Death Won't Stop Me"
THE WRAITH stands unmasked and all of her secrets are revealed.  What will this mean for SPIDER-MAN?  And how will this effect the growing gang war in Chinatown? And if ANTI-VENOM wants to get his hands on MR. NEGATIVE, he'll have to get past HAMMERHEAD and THE SPOT first!  Of all the days for Aunt May to return to the F.E.A.S.T. Center...
40 PGS./Rated A