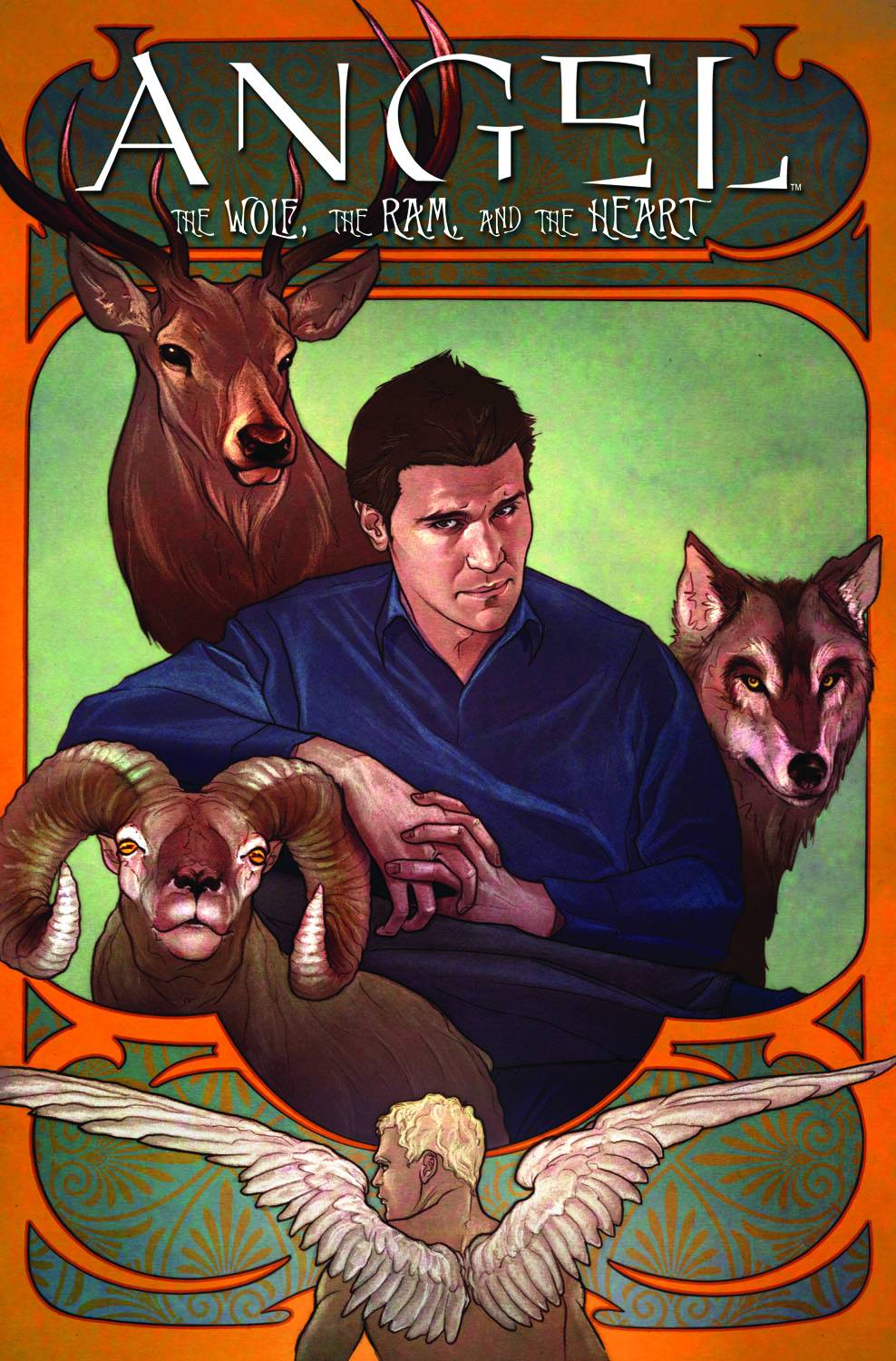 IDW's final arc of Angel is an epic, bittersweet last stand to save the city Angel loves. Ripped from the "now" into the far future, Angel discovers that if he doesn't stop James or "Myr," the not-angel, Los Angeles ends up as a Blade Runner-y disaster of demon breeding farms and war. His ally in this stark world is Wolfram & Hart, who he knows better than to trust. Yet, it's clear that some things are worse than the Apocalypse. Maybe.
Bonus: Includes the special Angel: Yearbook stories by the series fan favorite writers and artists.