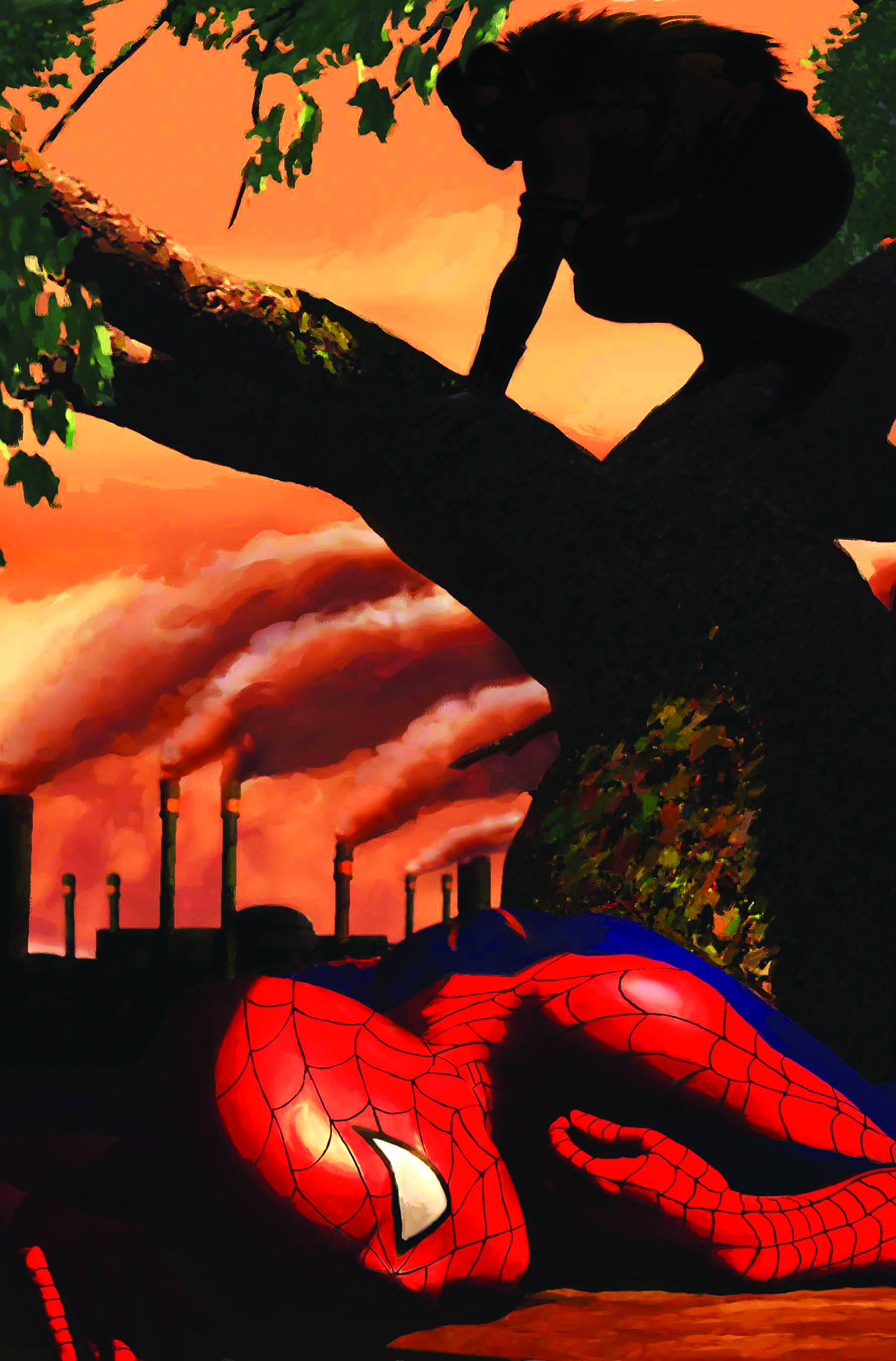 APR100537
(W) J. M. DeMatteis, Joe Kelly, Stan Lee (A) Max Fiumara, Michael Lark, Marcos Martin (CA) Mike Fyles, Leinil Francis Yu
Written by JOE KELLY, STAN LEE & J.M. DEMATTEIS
Penciled by MICHAEL LARK, MARCOS MARTIN & MAX FIUMARA
50/50 Covers by LEINIL FRANCIS YU & MIKE FYLES
Villain Variant by JOE QUINONES
GRIM HUNT PART 1: A SPIDER-MAN EPIC TWO DECADES IN THE MAKING BEGINS!
Several years ago, one of Spider-Man's greatest enemies, Kraven the Hunter, stalked his last prey, dying with a violent, misbegotten honor. Now, two women claiming to be his wife and daughter have tracked Spider-Man, through the urban jungle, weakening him through the Gauntlet while they prepare to attempt an unholy resurrection. They're hunting Spiders...and Spider-Man's friends and namesakes are in their sights. Written by Joe Kelly and drawn by Michael Lark (DAREDEVIL) this is only the beginning of a Spider-summer that will be talked about for years to come.
ALSO BEGINNING THIS ISSUE: TWO EXCLUSIVE FEATURES!
Original Spidey creator Stan Lee returns with Marcos Martin for a 2-page Spidey Sunday Feature that brings the real world into Spidey's world! PLUS: J.M. DeMatteis, author of the classic "Kraven's Last Hunt" returns to the Amazing Spider-Man with Max Fiumara to explore an unknown confrontation between Kraven and Spidey's violent doppelganger KAINE...a battle which promises ramifications on the Grim Hunt itself.
32 PGS./Rated A ...$3.99