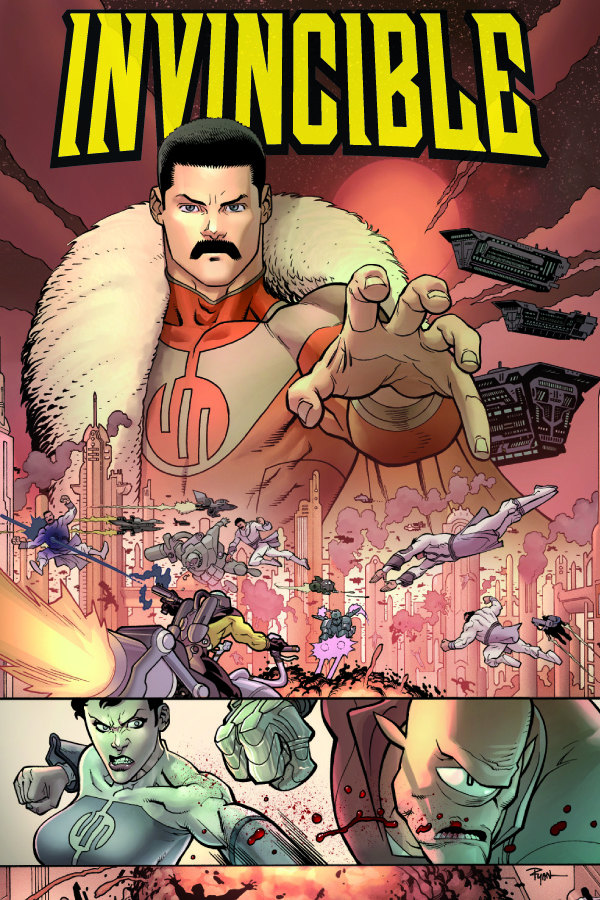 APR100461
(W) Robert Kirkman (A/CA) Ryan Ottley
THE VILTRUMITE WAR CONTINUES!
The traitor is revealed as the Viltrumite Empire's Grand Regent Thragg launches a full-scale assault on the Coalition of Planets home base on Talescria.  It appears that all is lost, but The Coalition isn't going to go down without a fight.