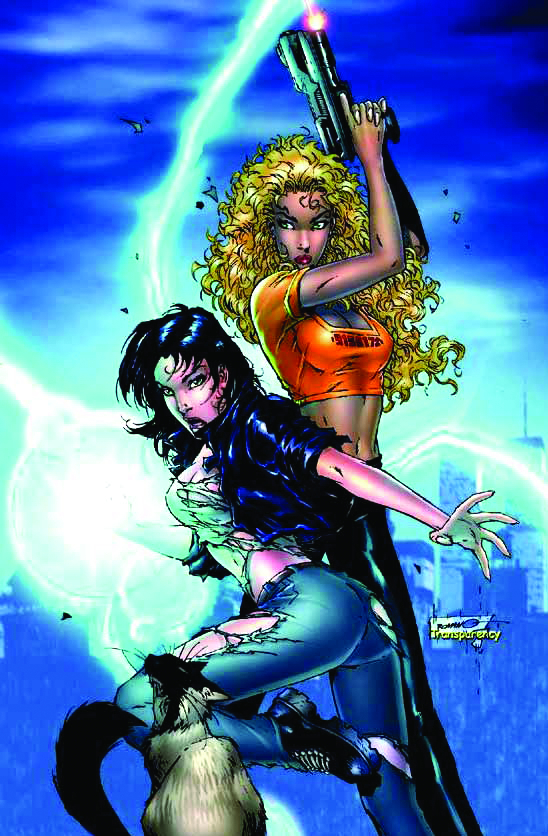 APR010035
(W) Tony S. Daniel (A/CA) Romano Molenaar
by TONY DANIEL and ROMANO; cover by ROMANO
Epseranza flees from sure death at the hands of Darkk's evil beings only to find another evil below the surface of Darkklon. An evil cult that survives underneath the wreckage of the old Darkklon complex in Springdale that believes that Rhazes Darkk is the Earth's true savior.  But Esperanza  finds more than just a rag-tag gang of followers...she find's a human, but barely-alive, Victor.  Rhazes Darkk has finally what he wants. All ten elements to create life for his extinct alien race and the U.S. Government are his biggest allies! Find out why!
FC, 32pg