Best of 2022 Staff Picks: The Cimmerian, Hour of the Dragon 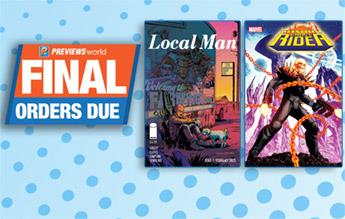 It's your last chance to guarantee a pre-order for these comics, graphic novels, and toys at your local comic shop. Make sure to get your orders in by January 30!