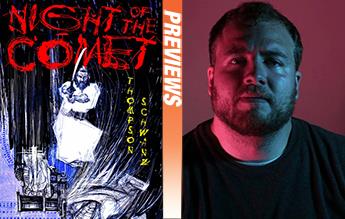 'Night of the Comet' Interview: A Bloody, Metaphysical War Between Samurai and Yakuza
Nov 28, 2022

A horror tale for the ages! Writer Jonathan Thompson takes PREVIEWSworld inside his bizarre tale about a samurai vs.a flesh-eating hired killer. Discover NIGHT OF THE COMET.