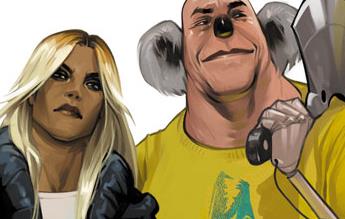 The multiple award winning, bestselling comic book phenomenon will ring in the New Year with the arrival of the long anticipated issue #55.

Interview: Music For The Apocalypse in 'What's the Furthest Place From Here?'
Oct 05, 2021