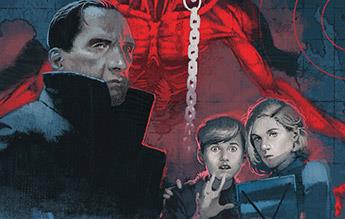 A Russian scientist is kidnapped by Soviet troops, leaving nothing for his two teenage children but a mysterious case and a whole lot of questions in Stranger Things: Kamchatka