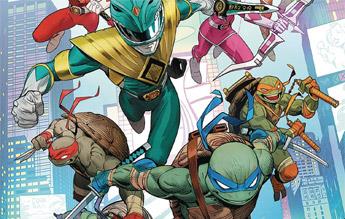 Back in Stock: Power Rangers TMNT, Chilling Adventures of Sabrina, One:12 Jason Voorhees, and More!
Sep 16, 2021

Here are some graphic novels, trade paperbacks, books, and toys now back in stock and ready to be ordered at your local comic shop!