Dark Horse Announces the Definitive Guide to the Halo Universe 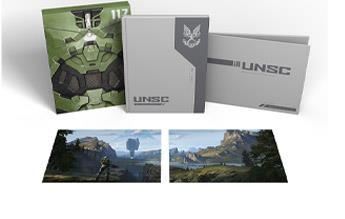 Dark Horse Books and 343 Industries are celebrating the upcoming release of the highly anticipated Halo Infinite with a deluxe edition of The Art of Halo Infinite.

Get Graphic: Godwin Akpan Creates a World of Wonder
Sep 13, 2021

Get Graphic: The Maestro Behind The YouNeek Universe, Sunkanmi Akinboye
Sep 13, 2021