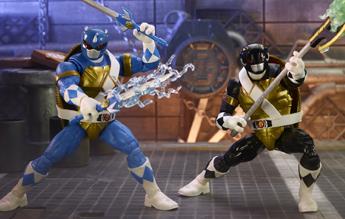 It's Morphin' Time for TMNT's Leo and Don in this Power Rangers Lightning Collection 2-Pack!
Aug 02, 2021

When the teens from Angel Grove are cut off from their powers, Donatello and Leonardo use the Rangers' morphers to become the new Black and Blue Rangers!

The Madness of the Darkhold Grips Iron Man and Blade in New Tie-in Issues
Aug 02, 2021