IDW Celebrates a Comic Book Centennial with My Little Pony: Friendship is Magic #100 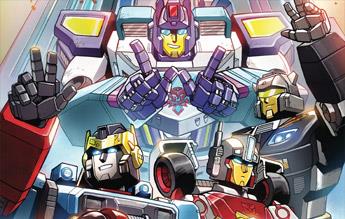 Unimaginably risky missions, low probability of survival… the wreckers are the right bots for the job!