New Sci-Fi Miniseries 'Made in Korea' to Explore A.I. Future When it Hits Shelves in May 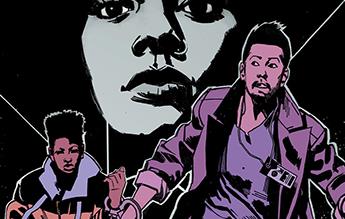 TIME BEFORE TIME is a brand-new ongoing series where writer/artist DECLAN SHALVEY (BOG BODIES) joins forces with the WRITE IT IN BLOOD team of RORY McCONVILLE and JOE PALMER.