A Comic Talk: Tales From The Umbrella Academy with Shaun Simon Next Article

September PREVIEWS Gems of the Month 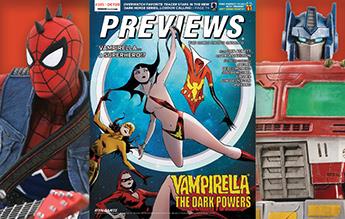 The October PREVIEWS is on sale at your local comic shop this Wednesday, September 23rd! Here's some of the Toys and Collectibles that you'll want to check out in the new catalog!