Commanders in Crisis Takes Flight This October From Image Comics 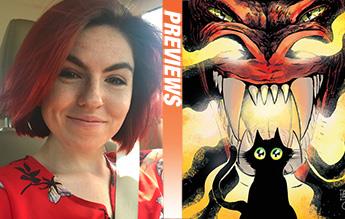 'Inkblot' Trailer: Meet the Next Generation of the Kubert Family
Aug 10, 2020

Decorum Rushed Back to Print in Order to Keep up with Series Growth
Jul 29, 2020

God Country Creative Team Invites You to a New World with Crossover
Jul 27, 2020