Five Manga Series to Add to Your Collection

Interview: Get Ready for 'My Hero Academia Team Up Missions' 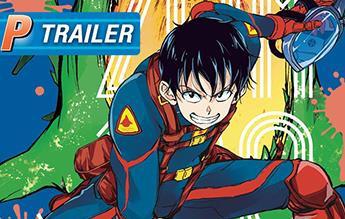 The whole city's swarming with zombies, and even though he's running for his life, Akira's never felt more free!

Fall in Love Again with Seven Seas' 'I’m in Love with the Villainess' Manga Series
Feb 05, 2021