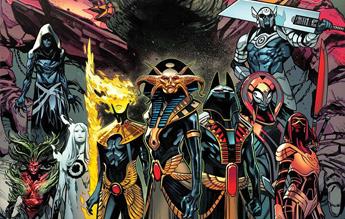 The X-Men Confront the Swordbearers of Arakko in the New X of Swords: Stasis Trailer
Oct 01, 2020

Get your first glimpse at Solem, Pogg Ur-Pogg, Isca the Unbeaten, and more in the exciting new trailer for X of Swords: Stasis #1