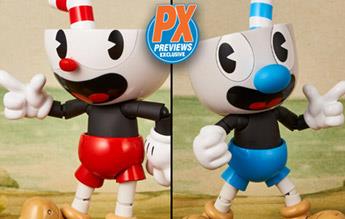 It'll be "a good day for a swell battle" when these screen-accurate action figures of Cuphead and Mugman from the blockbuster video game arrive in stores!