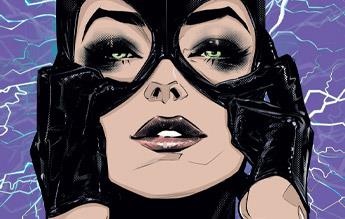 DC’s feline fatale celebrates an 80th anniversary this year, and that calls for a grand soiree, invite only, attended by some of comics’ top creators! Stock up on both catnip and champagne!