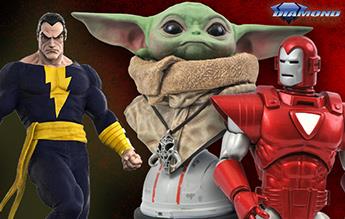 Whether it's Marvel, DC, or Star Wars, there's bound to be something you'll love from Diamond Select's new offerings in the October PREVIEWS!