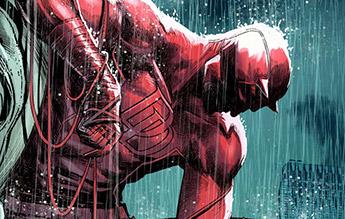 Chip Zdarsky and Marco Checchetto Reunite for an All New Era of Daredevil
Jan 25, 2022

A new DAREDEVIL #1 rises from the ashes of DEVIL’S REIGN’s climactic ending!