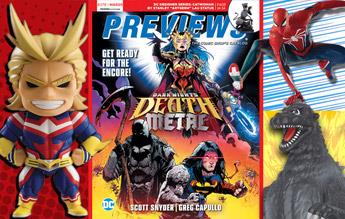 The March PREVIEWS is on sale at your local comic shop this Wednesday, February 29th! Here's some of the Toys and Collectibles that you'll want to check out in the new catalog!

Need Some Nendoroids? See the Selection from the February PREVIEWS
Feb 18, 2020