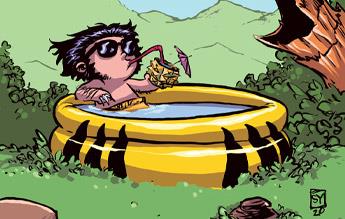 Check out Wolverine soaking up the sun on the new mutant nation of Krakoa in Skottie Young’s delightful variant cover below and pick up Wolverine #1 at your local comic shop on February 19th!