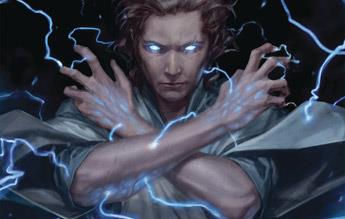 Explore A New World of Fantasy in Return of the Wizard King from Dark Horse Books
Feb 14, 2020

Betrayal, madness, adventure, and magic fill the first volume of The Wizard King Trilogy, introducing readers to a world rich in history, faith, and tales of adventure from author Chad Corrie. Check inside to learn more!

The Old West Gets Weird in Joe Death and the Graven Image from Dark Horse
Feb 11, 2020

BANG! #1 From Dark Horse Sells Out Before it Hits Stores, Second Printing On the Way
Feb 03, 2020