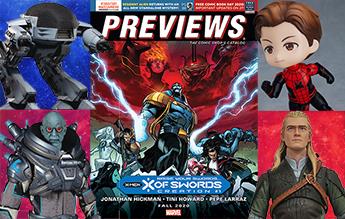 The May/June PREVIEWS is on sale at your local comic shop this Wednesday, May 27th! Here's some of the Toys and Collectibles that you'll want to check out in the new catalog!

NECA to Release Ultimate Back To The Future Figures
May 18, 2020