Hair-Raising Horror in "Road of Bones" 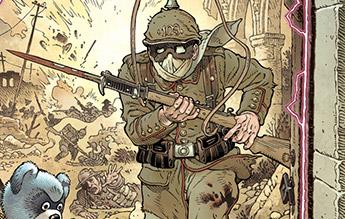