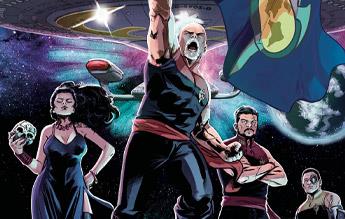 Beginning on “Star Trek Day” (September 8th), comic book and graphic novel publisher IDW invites readers to witness what the galaxy could be like at the mercy of a Captain Picard who's both cunning and cruel.