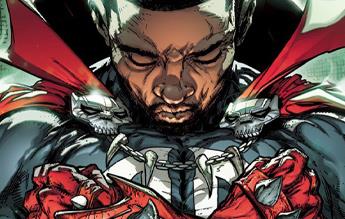 Image Comics President and Spawn creator, Todd McFarlane, will pay tribute to Chadwick Boseman in the upcoming Spawn #311 with a cover in memory of the late actor who brought to life Marvel’s Black Panther character in the Avengers films.

Try Before You Buy: The Department of Truth from Image Comics
Sep 04, 2020