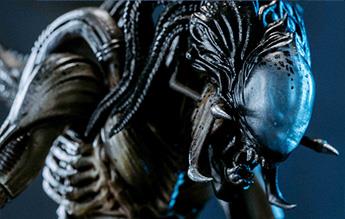 Celebrate two of the most dynamic and unforgettable sci-fi characters of all-time: ALIEN and PREDATOR

The Meisho Movie Realization Series Picks up a Bounty with The Mandalorian and Grogu
Nov 19, 2021

See the Selection of New Nendoroids from the November PREVIEWS!
Nov 11, 2021