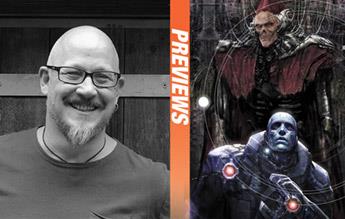 In the following interview, STARHENGE's Liam Sharp talks about his new series that's described as The Terminator meets The Green Knight!

Get Graphic: Linda Sejic Takes You To Punderland
Mar 29, 2022