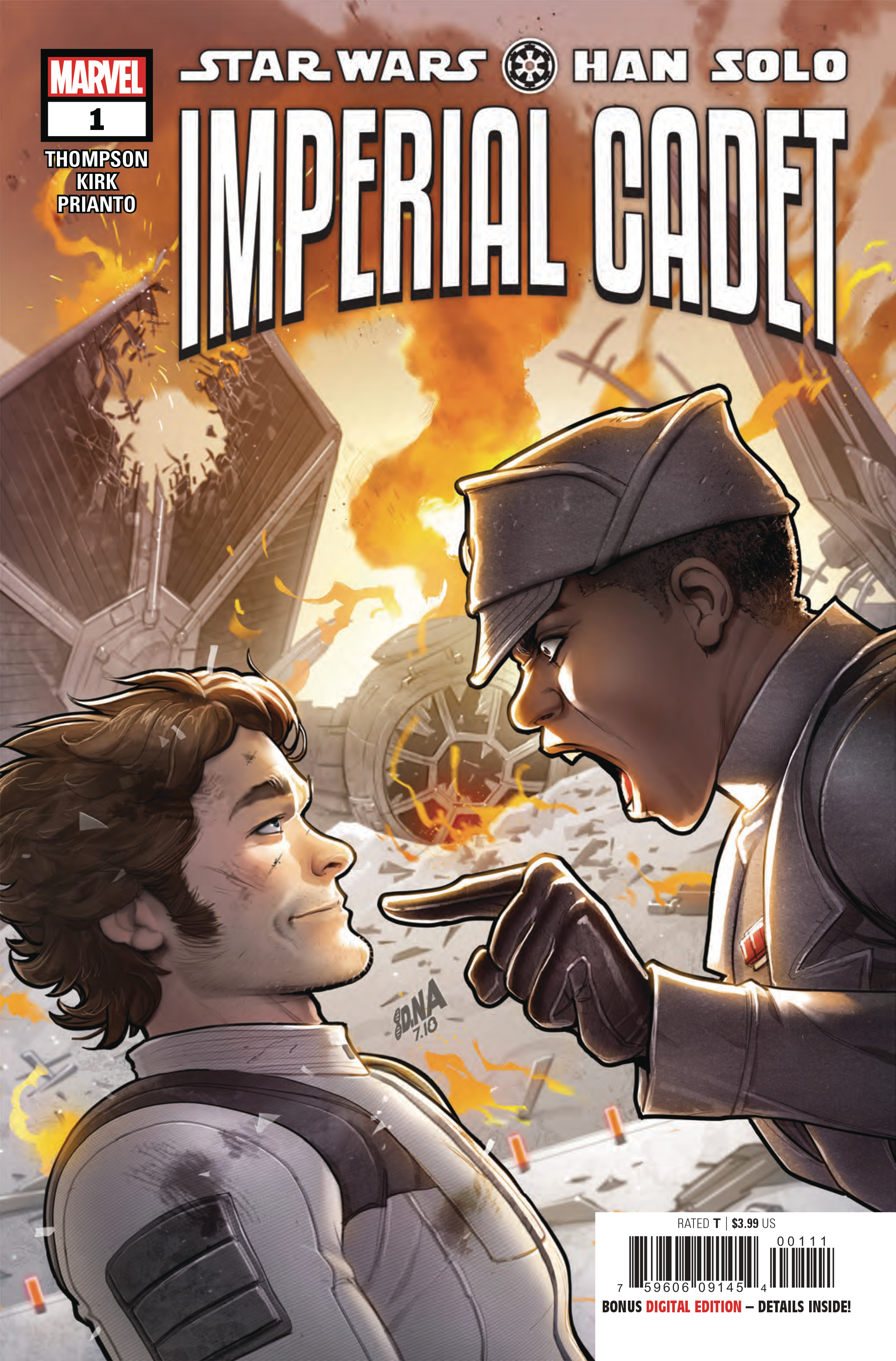 SEP180991
(W) Robbie Thompson (A) Leonard Kirk (CA) David Nakayama
YOUNG SOLO'S ADVENTURES CONTINUE!
•  HAN SOLO escapes Corellia by joining the IMPERIAL NAVY, vowing to return for QI'RA.
•  But how does a thief used to the chaos of the streets adjust to the order and discipline of the military?
•  Not well! Han's dream of becoming a pilot is quickly grounded as he realizes he may not even survive basic training!
Rated T
In Shops: Nov 07, 2018
SRP: $3.99
View All Items In This Series