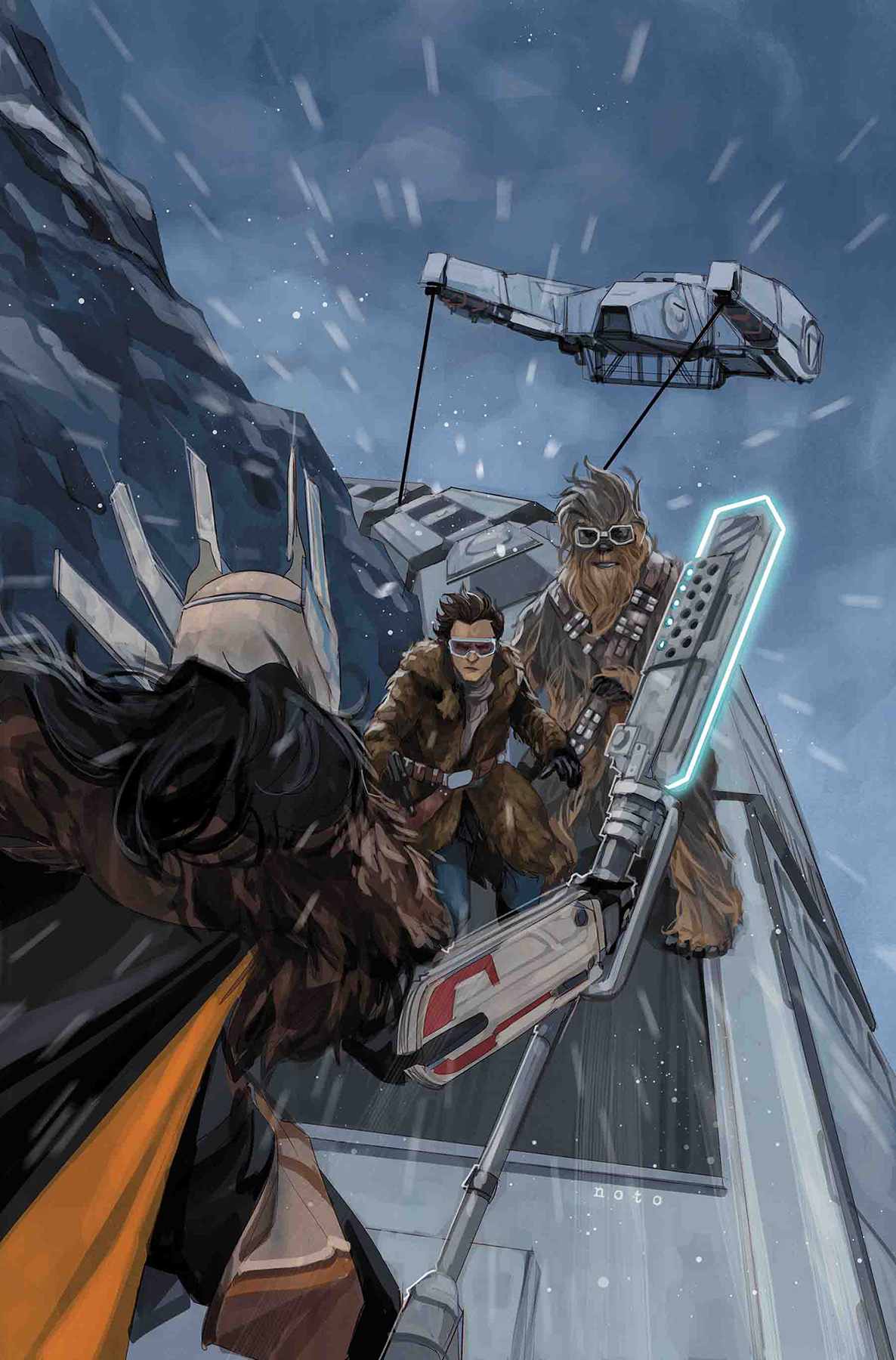 SEP180987
(W) Robbie Thompson (A) Will Sliney (CA) Phil Noto
THE GREAT TRAIN ROBBERY!
•  HAN SOLO and CHEWBACCA throw down but ultimately unite to escape the Empire and join BECKETT's crew!
•  But will this ragtag group of thieves be able to pull off the train heist of their lives?
•  And what happens when ENFYS NEST arrives to take the stolen coaxium out from under them?
•  Featuring scenes not seen in theaters!
Rated T
In Shops: Nov 21, 2018
SRP: $3.99
View All Items In This Series