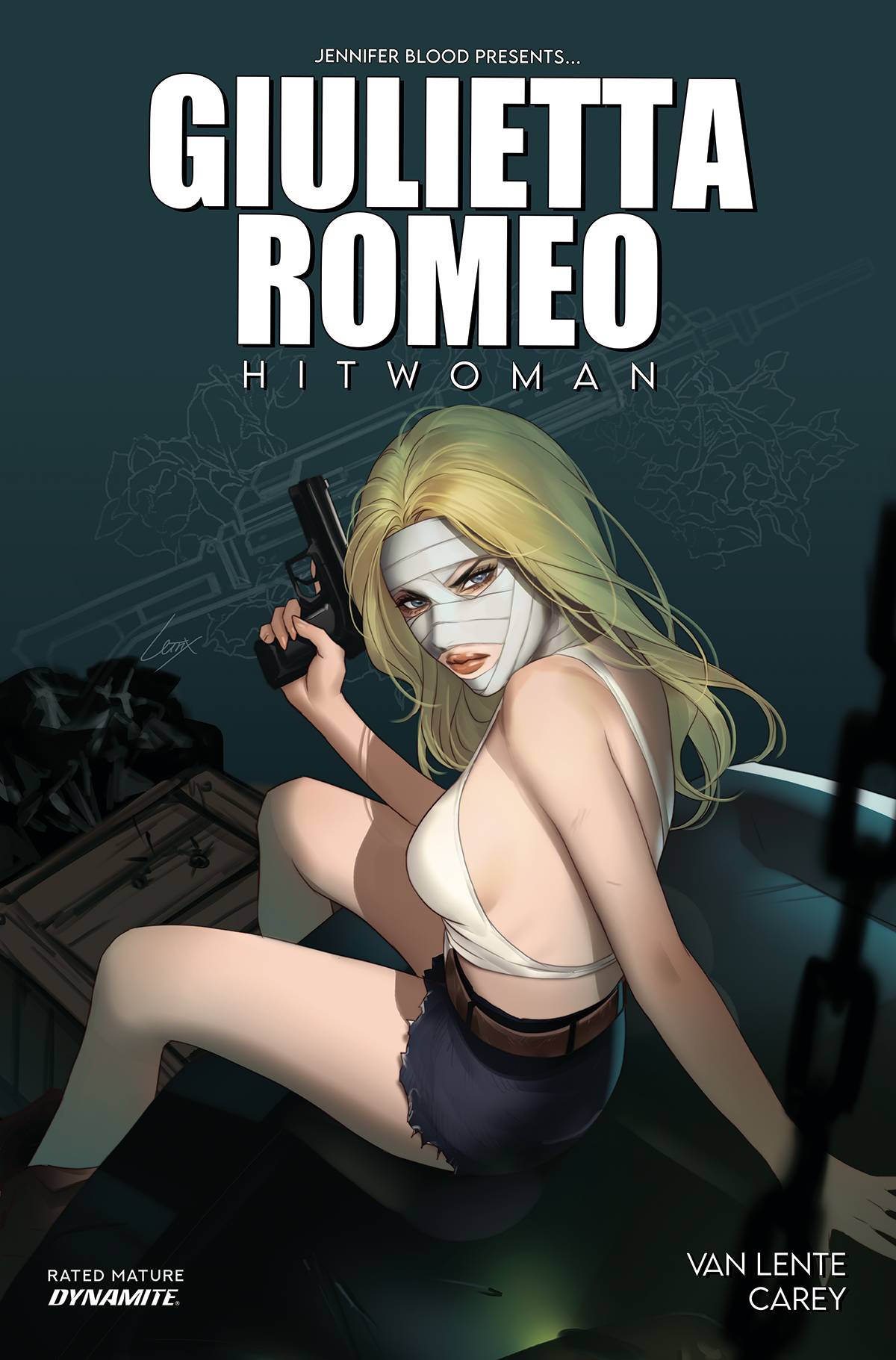 #
OCT220594
(W) Fred Van Lente (A) Robert Carey (CA) Leirix
Slamming her way out of the pages of the recent Jennifer Blood series, Italian assassin Giulietta Romeo stars in "La Tempesta," a noirish reimagining of the William Shakespeare play the Tempest. Giulietta is being extradited to Italy after the events of the "Bountiful" storyline when her plane is shot down over a remote island in the Atlantic, a former Nazi stronghold that is now the tiny kingdom of a man named Prospero, a former duke of the Naples mobs. His brother, the man who usurped his position, was being extradited on that same plane, and Giulietta finds herself in the middle of a gory blood feud and fighting for her life against Prospero's monstrous servants, Caliban and Ariel.
In Shops: Dec 21, 2022
SRP: $4.99
ORDER WISH LIST