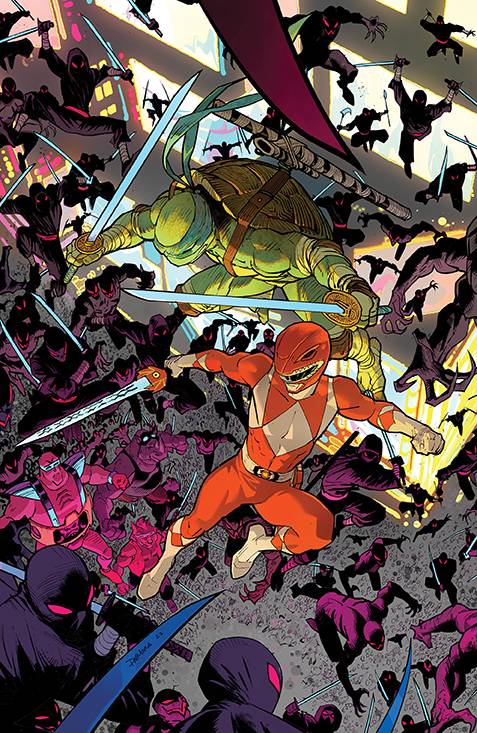 #
OCT220269
(W) Ryan Parrott (A/CA) Dan Mora
It's been six months since the Teenagers With Attitude and the Heroes In A Half Shell teamed up to defeat the unholy alliance of Rita Repulsa and Shredder, but a new threat will force them to reunite in the crossover YOU demanded!

Between an invasion from beyond, old enemies teaming up with unlikely accomplices, and a threat to the Rangers' powers themselves, will the two teams survive the onslaught, or will they need help from the most unexpected ally imaginable?

Collect all four connecting main covers by Dan Mora, a very special double gatefold variant, and don't miss this collector's opportunity as TMNT co-creator Kevin Eastman and Freddie Williams II team up for a variant cover for every issue in this series!

But that's not all, a Deluxe Edition will include 1 of 10 intermixed trading cards and an EXCLUSIVE print celebrating this epic crossover event!
In Shops: Dec 28, 2022
SRP: $4.99
View All Items In This Series