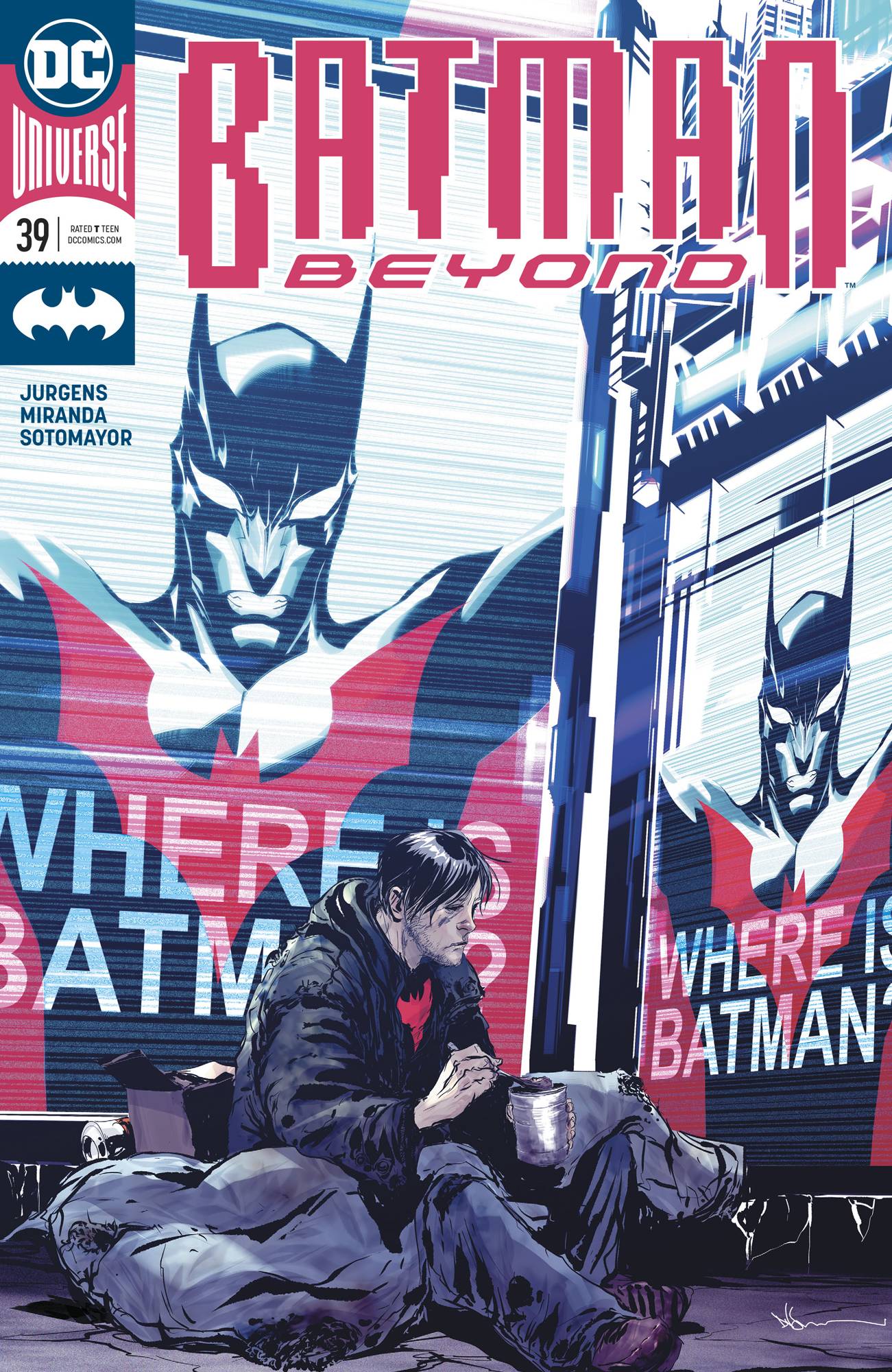 #
OCT190505
(W) Dan Jurgens (A) Inaki Miranda (CA) Dustin Nguyen
The mystery of Neo-Gotham's newest protector deepens! With Terry McGinnis missing, a new, unidentified person has stepped up to replace him as protector of Gotham! Even the greatest detective of all time, Bruce Wayne, is unable to determine who's hidden behind the mask. Gotham's newest hero appears capable, but does she have what it takes to combat Terry's greatest enemy-the murderer of his father-Derek Powers, a.k.a. Blight? Or will her time as the city's guardian end in tragedy?
In Shops: Jan 01, 2020
SRP: $3.99
View All Items In This Series