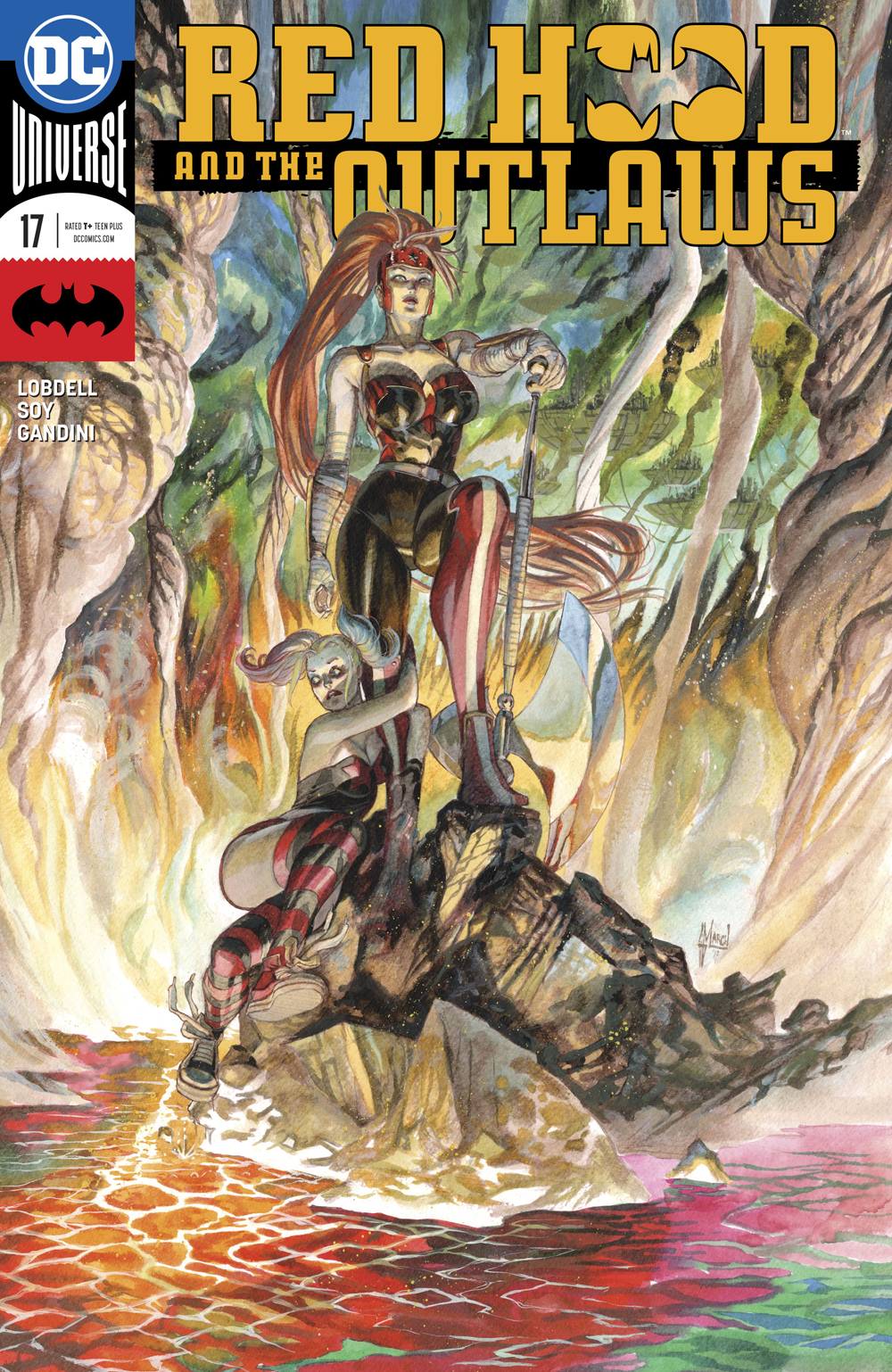 OCT170301
(W) Scott Lobdell (A) Dexter Soy (CA) Guillem March
"BIZARRO REBORN" part four! Meet the newest reluctant members of the Suicide Squad-Red Hood, Artemis and Bizarro! The Outlaws are forced to join Harley, Deadshot and the rest of the Squad for a mission to the Arctic. If the cold doesn't kill them, and they don't kill each other, what's hiding in the wreckage of the Colony will definitely finish the job!
RATED T+
In Shops: Dec 13, 2017
SRP: $3.99
View All Items In This Series