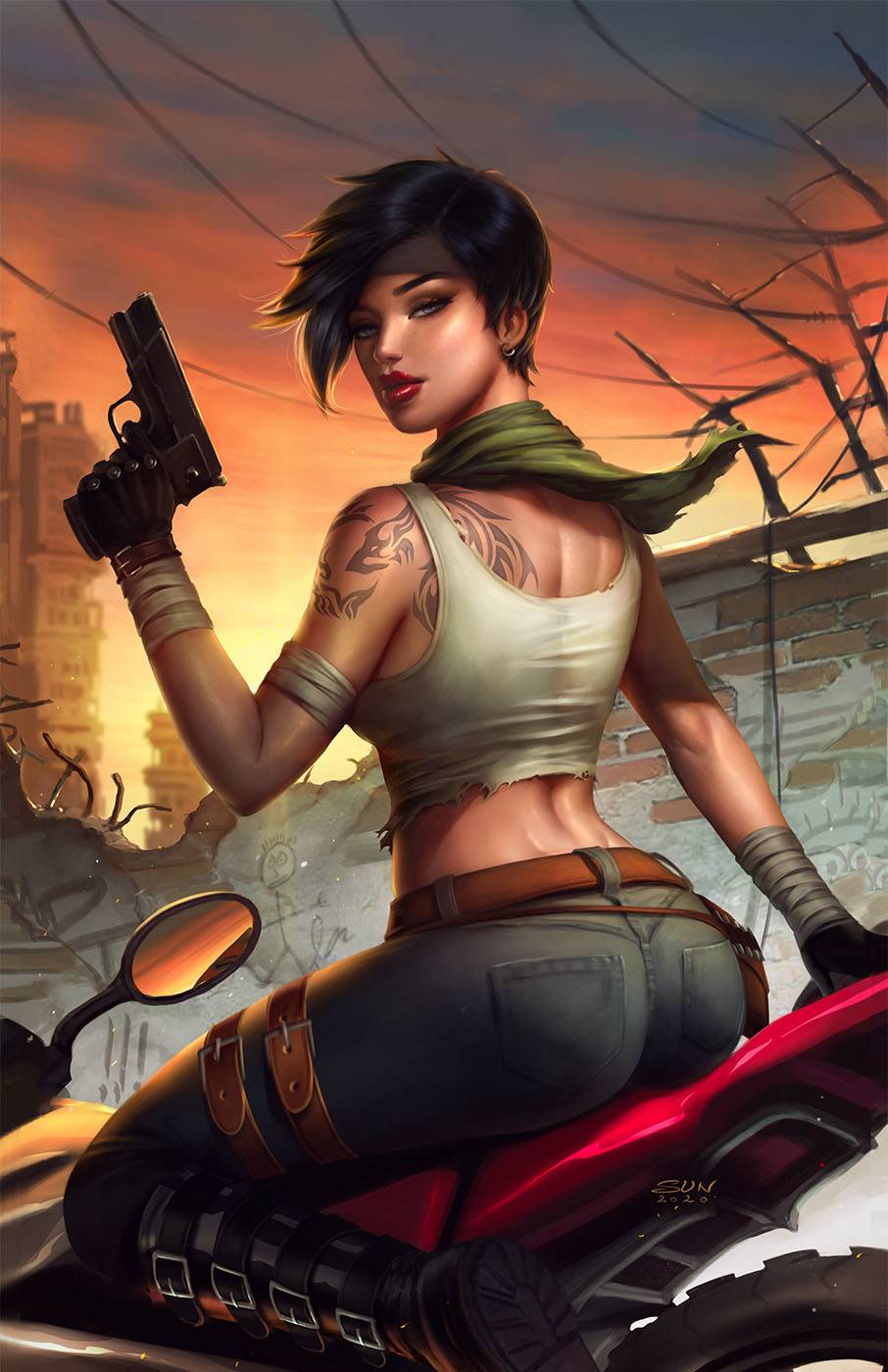 #
NOV201643
(W) Ralph Tedesco (A) Oliver Borges (CA) Sun Khamunaki
When Eve returns to Liberty - the stronghold where she was raised - she reconnects with her brother who works for a ruthless gang leader named Gillings. And when old debts are asked to be paid in the form of murder, Eve must find a way to save not only her brother, but her soul.
The long-awaited sequel to 2017's hit comic book series is here!