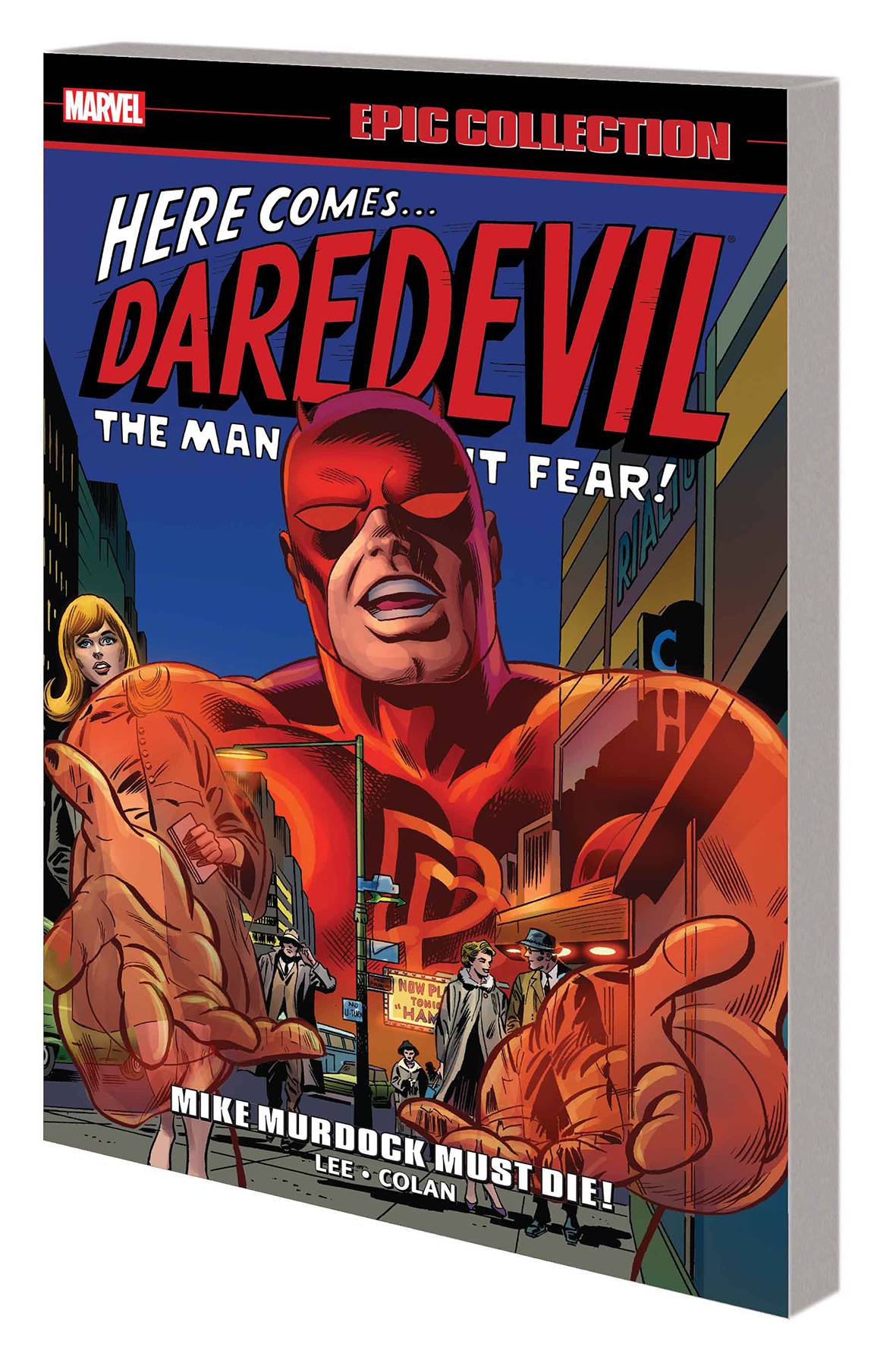 #
NOV171080
(W) Stan Lee (A) Jack Kirby (A/CA) Gene Colan
Stan Lee and Gene Colan unleash an identity crisis as Matt Murdock juggles his triple identity as Daredevil - and his own "twin brother," Mike Murdock! You might need your slide rule to track the trigonometry of the Man Without Fear's mixed-up life. And as if that weren't complex enough, Daredevil experiences a body swap with Doctor Doom in one of comics' first crossovers! Other highlights include guest appearances by Spider-Man, Thor and Ka-Zar; the introduction of fan-favorite villain Leap-Frog; and the debut of the Emissaries of Evil! It's a series of action-packed extravaganzas so hazardous that all of our cast won't make it out alive! Collecting DAREDEVIL (1964) #22-41 and ANNUAL #1, FANTASTIC FOUR (1961) #73, and material from NOT BRAND ECHH #4.
All Ages
In Shops: Feb 14, 2018
SRP: $39.99
ORDER WISH LIST