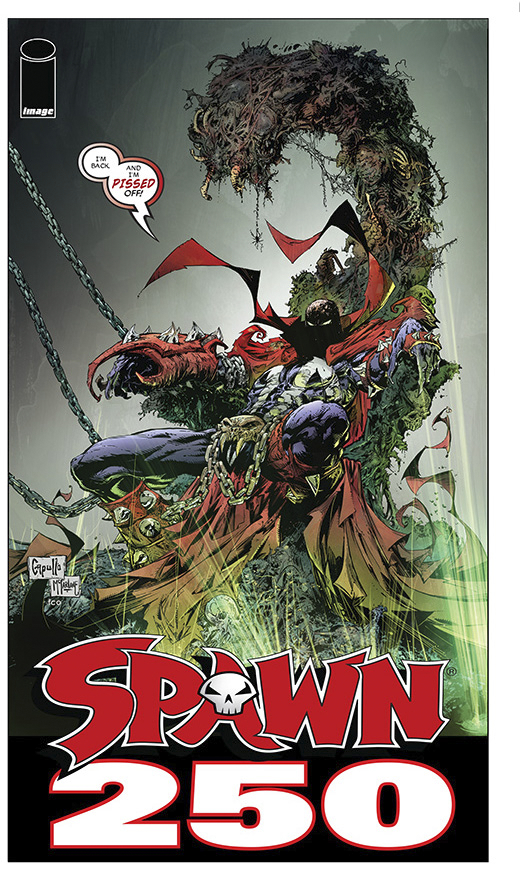 NOV140542
(W) Todd McFarlane (A) Szymon Kudranski (CA) Greg Capullo
This HUGE, TRIPLE-SIZED 250th ANNIVERSARY ISSUE marks only the second time an independent comic book has reached such a lofty number! This issue marks the cataclysmic climax in the story of the current Spawn: Jim Downing's final struggle against his costume while the fate of New York City lies in the balance.
From the ashes of that battlefield comes the long awaited return of the original Spawn... AL SIMMONS.
The celebration of this anniversary issue will feature covers from TODD MCFARLANE, GREG CAPULLO (Batman), SKOTTIE YOUNG (Rocket Raccoon), JOCK (Detective Comics), SEAN MURPHY (The Wake), and PHILIP TAN (Batman and Robin).