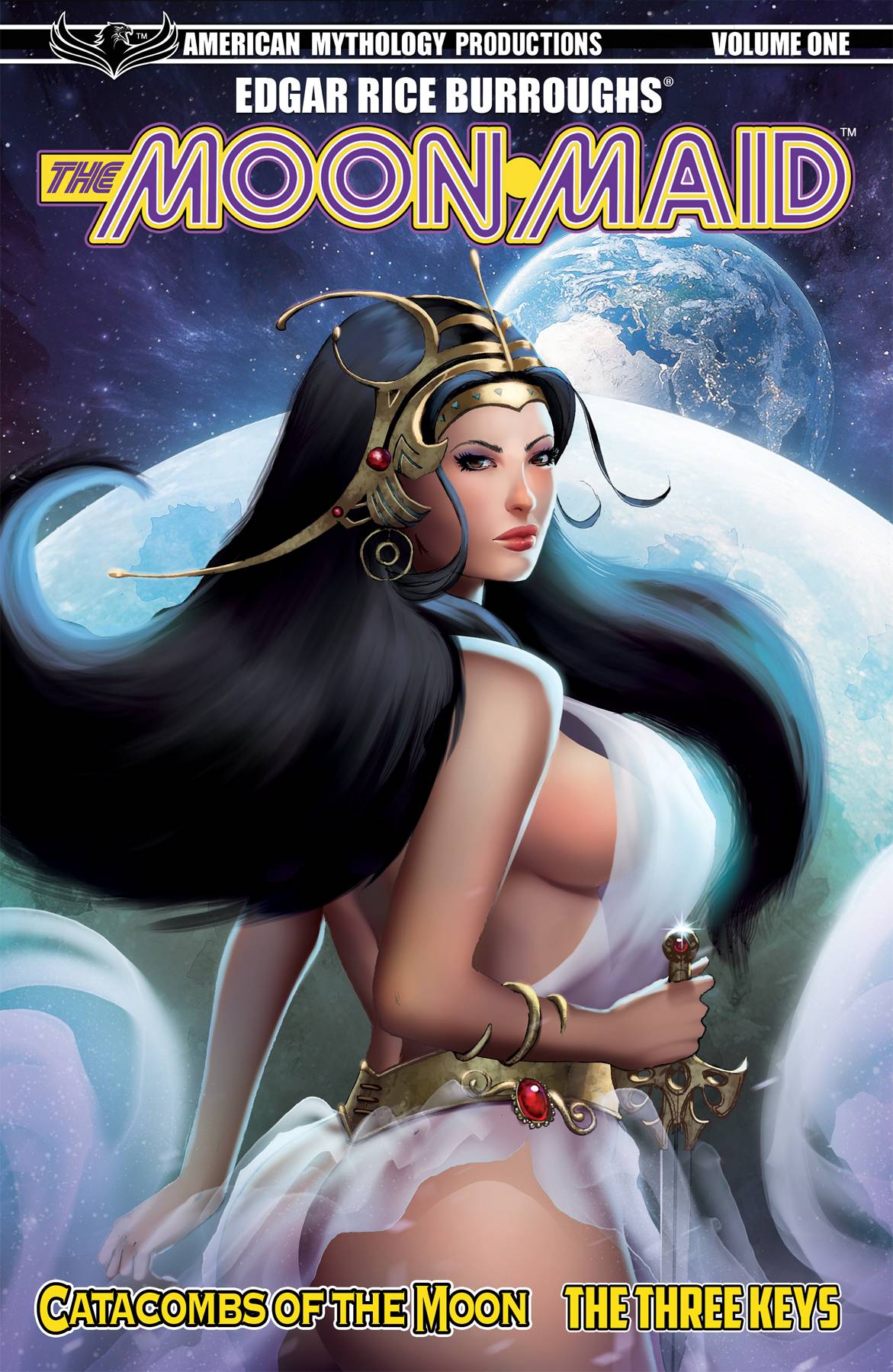 #
MAY211153
(W) Christopher Mills, Mike Wolfer (A) Gabriel Rearte, Miriana Puglia (CA) Mike Wolfer
Deep beneath the crust of the Earth's moon lies a fantastic world of lush, purple vegetation, hideous monsters, the half-human/half-horse Va-gas, and the most incredible, alluring creature in the universe... Nah-ee-lah, the "Moon Maid!" Edgar Rice Burroughs' immortal, sci-fi action adventure explodes with in all-new adventures that finds Nah-ee-lah a prisoner in the "Catacombs of the Moon!" And we are introduced to an all-new, all-different "Moon Maid!" Living in seclusion in the crumbling, ancient city inside one of the moon's craters on a remote island, Loh-ee-nah's solitary existence is about to be shattered, threatening the earth-shaking secret that lies within the overthrown city of Groethe. As if gigantic creatures stalking the jungles of her island sanctuary wasn't enough to contend with, Loh-ee-nah finds herself compelled to take in a roving band of displaced Va-gas, the monstrous, cannibalistic adversaries of her people, but why would she sacrifice her safety among the ruins of Groethe in order to save the life of a dying enemy? These tales are officially endorsed by Edgar Rice Burroughs, Inc. as a canonical part of the ERB Universe! This volume collects The Moon Maid "Catacombs of the Moon" #1-3 and Moon Maid "Three Keys" #1-3.
In Shops: Oct 20, 2021
SRP: $19.99
View All Items In This Series
ORDER SUBSCRIBE WISH LIST