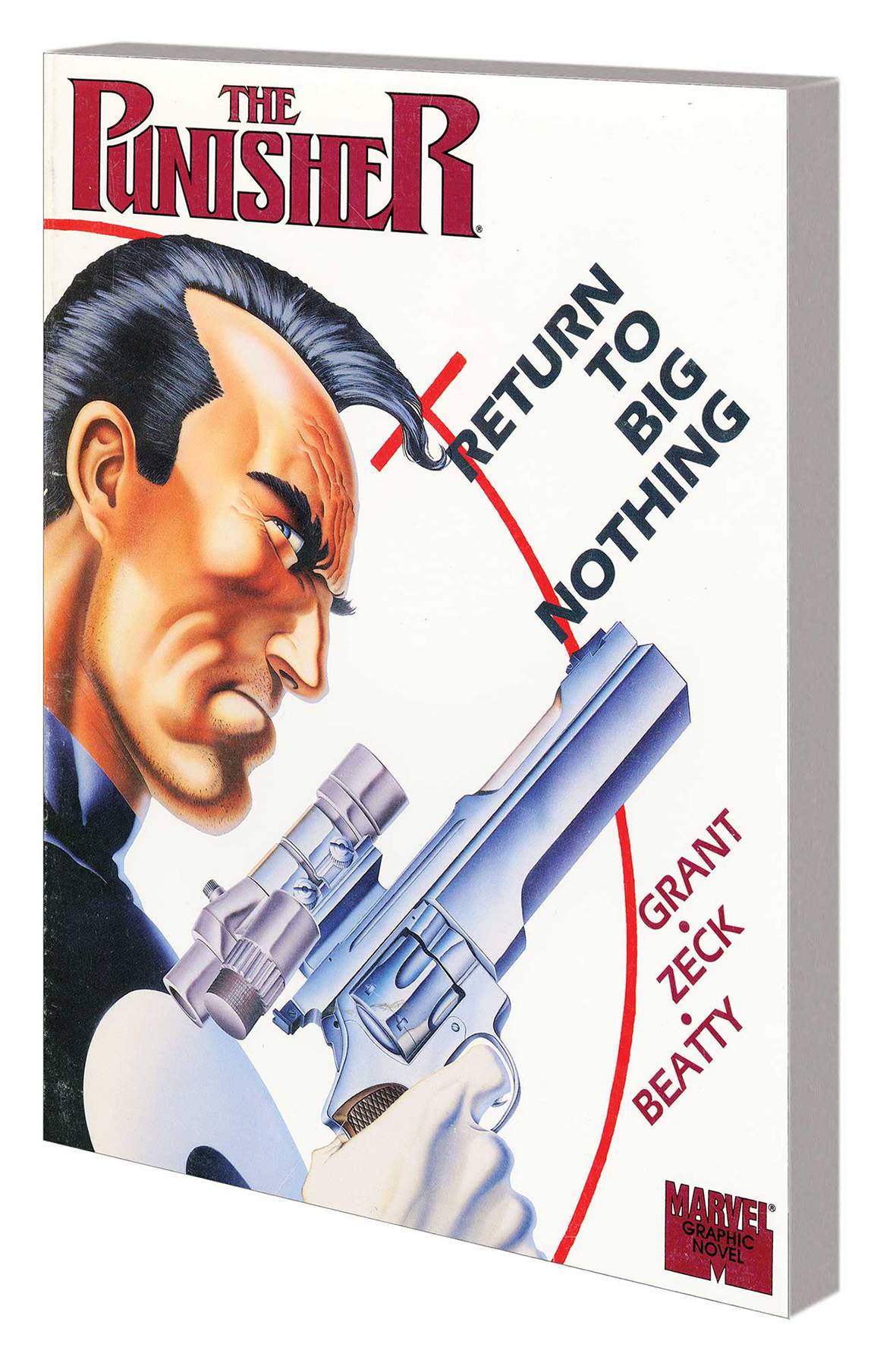 #
MAY190982
(W) Steven Grant, Jo Duffy, Mike Baron (A) Jorge Zaffino, Bill Reinhold (A/CA) Mike Zeck
Frank Castle's relentless war continues in a trio of hard-hitting graphic novels! First, in a modern classic reuniting the creative team behind the Punisher's first solo series, Frank has a run-in with an old sergeant that takes him back to his Vietnam days - but this time they're on opposite sides! Then, a car accident leads to a killing spree, with the Punisher at the center of it - but will the members of a Japanese assassins guild become his allies, or are they out for Frank's blood? And a secret society is using murder to further its political ends - but slaughtering an innocent family puts its members in the Punisher's sights! From brutal hand-to-hand combat to aerial dogfights, these extra-length epics have it all! Collecting EPIC GRAPHIC NOVEL: PUNISHER - RETURN TO BIG NOTHING, MARVEL GRAPHIC NOVEL: PUNISHER - ASSASSIN'S GUILD and MARVEL GRAPHIC NOVEL: PUNISHER - INTRUDER.
Rated T+
In Shops: Jul 24, 2019
SRP: $24.99
ORDER WISH LIST